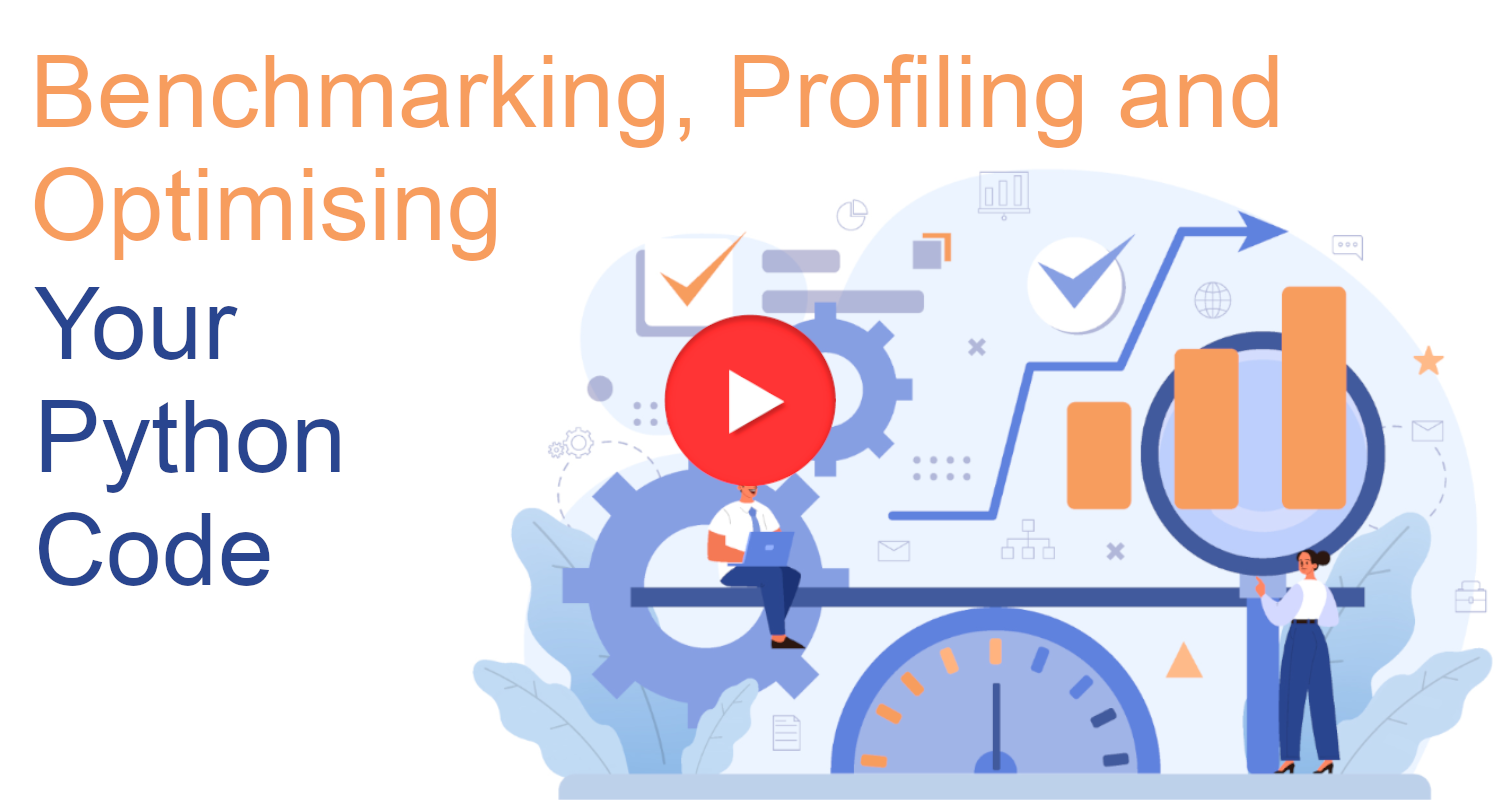 This is my third training video for Springer (Springer Science and Business Media Company), for subscribers to their Springer Link platform. Benchmarking, Profiling and Optimising Your Python Code was published in 2020 and is available to subscribers of the Springer service.

It uses my Python video production system. In addition I wrote some scripts to compare the speed of different Python statements.

Some developers dismiss Python because it is too slow. And yet Python is commonly used for machine learning, a highly CPU-intensive field.

Writing programs in Python is usually faster, and often much faster, then in other popular languages. After all, Python was designed to make it easier for humans to solve problems. Not all applications need to be fast, and with modern computing power, many Python applications run fast enough for their purpose.

For applications which do need more speed, there is much a professional Python developer can do. This video is the first in a series on speeding up Python code. It concentrates on measuring code performance to see what works, profiling code to discover where to focus, changing the code structure and flow to improve speed, and line by line improvements using faster Python syntax.

Fast learners and experienced Python developers will get a lot of breadth and depth in 92 minutes. Slower learners may need to regularly pause the video, giving them more time to read the code and follow the examples.